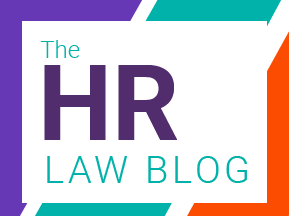 Welcome to the backstitch HR law blog, a new series where we will provide the latest updates on upcoming and recently in-effect legislation. Our blog series will provide short snippets of State, Federal, and Global changes in HR and employment law, so your organization can continue to stay up to date in the legal world.

July 2019 is gearing up to be a huge month for HR departments. Many employment law changes are going into effect during this month that follow the trends we have seen during the year. Here are some big ones your company should look out for.

Effective July 5, Arkansas amends its laws to make penalties for employers that don’t report unemployment data correctly. Penalties are the greater of $30 or 15% of unemployment contributions if the employer files that no wages were paid then amends its report to show the correct information more than 20 days after it was due.

Arkansas passed a law which makes a test for determining whether a worker is an employee or independent contractor for compensation, taxation, and unemployment purposes which goes into effect on July 23.

Effective July 3, a new law adopted by Ohio outlines how to classify workers as employees for overtime pay, minimum wage, workers’ comp, and unemployment insurance laws. This law details multiple ways to determine whether a driver of a transport company is an employee including if the driver owns or leases, if the driver provides services to operate, and if the driver is responsible for operation and maintenance of the vehicle as well as other factors.

Both Arizona and Virginia, the definition of “small employer” was updated. In Arizona, the definition of small employer has changed to mean a business with 1-19 employees effective July 27. It follows, that the emendation of the mini-COBRA statute that was enacted earlier in the year considers employers with 20 employees are no longer considered small employers for health care coverage purposes. In Virginia, the term “small employer” was updated to mean an employer with between 1-50 employees in regards to health insurance as well. This measure states that the employers aren’t required to provide more than one health plan regardless of the number of employees employed.

Kentucky has another amended definition for health insurance purposes. Effective July 1, the definition of “employer-organized association” includes any association of employers that actively exist for at least two years and was established under the Employee Retirement Income Act to provide an employee benefit plan.

Many states are gradually updating their minimum wage even though and many of these changes are happening on the 1st of July. In New Jersey, the non-tipped wage increases to $10 per hour and the tipped wage is increased to $2.63 per hour. Washington, DC also had an increase in tipped wage to $4.45 per hour while the non-tipped wage is increased to $14.00 per hour. Oregon state has changed three different wages in July. The standard wage increases to $11.25 per hour while counties that aren’t urban go to an hourly rate of $11. Portland metro area has a higher hourly wage than the standard at $12.50 per hour.

Virginia’s SB 1079 changes what jobs are exempt from the Minimum Wage Act which means that newsboys, shoe shiners, ushers, doormen, and some other jobs must be paid minimum wage where they used to be exempt. Babysitters and caddies on golf courses working over 10 hours will have to follow this minimum wage act. These exemptions were from the Jim Crow era and now eliminates the law which said that certain traditionally African American jobs didn’t have to be paid minimum wage.

Make sure your company is on top of these big laws happening in the month of July. You can increase productivity and avoid infractions by staying up to date with our ongoing series updating you about new employment law changes.