Welcome to the backstitch HR law blog, a series where we provide the latest updates on upcoming and recently in-effect legislation. Our blog series will provide short snippets of State, Federal, and Global changes in HR and employment law, so your organization can continue to stay up to date in the legal world.

The State of New York challenged the Final Rule in federal court claiming that the Department of Labor's (DOL) interpretation of the Family First Coronavirus Response Act (FFCRA) conflicted with the statue's text and Congress's purpose in enacting it. On August 3, a judge in the Southern District of New York agreed in a decision that vacates certain aspects of the DOL's Final Rule.

The State first disagreed with the DOL’s interpretation of the work-availibility requirement. This originally stated that employers must have work available for employees in order for them to qualify for leave under the Emergency Paid Sick Leave Act (EPSLA).

The State also objected the DOL’s original rule permitting intermittent leave the ability to be taken in increments rather than block periods. The FFCRA does not recognize intermittent leave and the DOL has yet to provide solid reasoning for this decision.

Though this decision could be appealed later on, it is uncertain whether these actions could be taken in time before the set end date of December 31, 2020. Read more here for further information on these changes.

Governor Charlie Baker of Massachusetts signed a bill declaring Juneteenth (June 19) an annual state holiday. Baker stated this designation would help "recognize the continued need to ensure racial freedom and equity." This designation creates new obligations for employers in the state by adding Juneteenth to the list of holidays covered by the Blue Laws. Retail employees are especially affected by this addition to the Blue Laws. 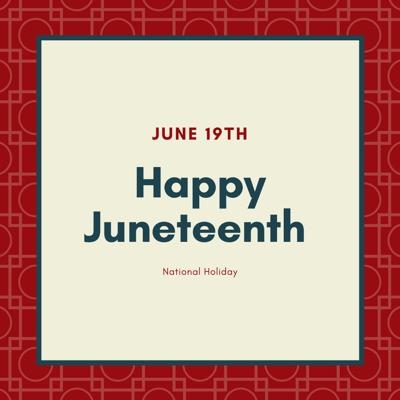